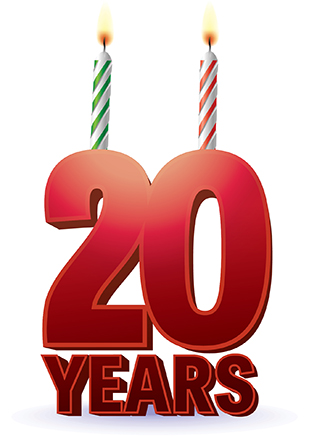 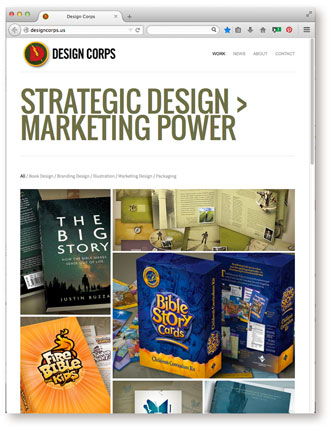 Design Corps is staying current with a new website, and with this comes new branding. The new web site is responsive—which means you can view it on your smart phone, tablet, or desktop. We have moved over samples of our work and articles from our old web site — and added some new things! To see more samples you can click on the social media links such as Facebook or Twitter at the bottom of any page.

Our branding has changed with the times to match the constantly evolving needs and expectations of our culture. The purpose of branding is to communicate who you are to your target audience. A change in branding is required whenever a company significantly changes its business strategy or marketing efforts, but also when their target audience changes. And in our culture audiences are always changing. (To see how, please take a look at our posted article “Understanding the Generations” and download our free resources, an infographic and trading cards, which explain how generations are affected by events and become different in character.)

When we opened our doors in 1996 the worlds of design and the graphic arts were vastly different. The internet and today’s most common electronic publishing options were in early development. Over the years we have transitioned and adapted from one technology to another. But one thing remains constant and will never change—the process of finding creative solutions to our customer’s communication challenges. Communication transitions from one technological form to another, but despite changes in distance, duration, form, and speed it remains a fundamentally human and (more or less) social interaction. That is why creative intelligence is essential, working with technological changes, in order to craft a message for your audience that resonates and connects.

Our primary areas of work are with branding and marketing design, as well as book design. Over the next few weeks and months we will demonstrate on this site some of our latest creative efforts. We continue to strive to serve both our publishing and marketing clients using the latest technology and highest quality of design.