What if you couldn’t judge a book by its cover

Ever thought of what a book would be without design? I mean none — not even with the minimalist background photo and a colored title set in a trending font. How would readers judge it without having to read the entire manuscript? How could they even guess the content? Here below are some possible outcomes. Feel free to try your own crazy scenarios for these or other titles — you can post your ideas on our FaceBook page. 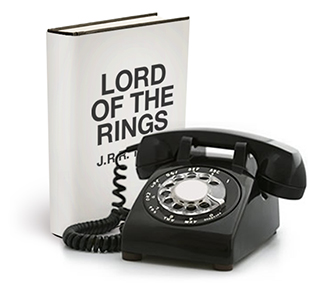 LORD OF THE RINGS

In the tradition of John LeCarre, a lowly sales rep accidentally stumbles upon the world of corporate greed and espionage when he finds an NSA list of phone numbers. If it were to fall into the wrong hands it could be used to reach hundreds of millions of potential buyers. Such power is too great for any one company and so it must be destroyed. To do this he must break into the government networks where the list was created. There he will need to delete all digital copies if he is to save the world. But he cannot do it alone. Therefore, a band of eight other corporate workers, including one taciturn old programming wizard, pledge to aid him in his quest. But some within the group will be sorely tempted to steal the list for themselves. 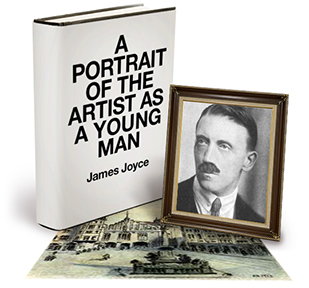 A PORTRAIT OF THE ARTIST AS A YOUNG MAN

An alternative history in which a young Adolf Hitler finds fame and riches when his artwork is suddenly “discovered.” He is whisked away to promote his “art” in New York City. Meanwhile, things go from bad to worse back in Europe as communism sweeps across the entire European continent. While young Adolf is satisfied to stay in New York and enjoy the luxury of fame, a beleaguered England alone opposes the advances of the Communist International. They are helped on the Continent only by zealous “counter-revolutionaries”, such as Dietrich Bonhoeffer, who see it as their duty to oppose the forces of the growing evil-empire of atheistic Communism. 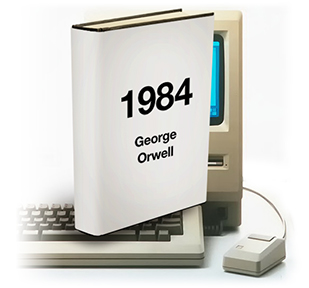 A new computer company has risen which seeks to enslave the entire population through its “personal computer” technology. Its venue of vapid videos, music, apps, and pseudo-news stories soon enchant the once productive workers. There ensues a state of constant distraction through internet browsing where everything is just a click away. The company quickly develops a cult-like status. The people are oblivious to its ever-increasing product pricing and its frequent software upgrade requirements. All seems hopeless until, during a single fateful power outage, one man will discover the will to unplug, to liberate others, and to start a cultural revolution of physical fitness and meaningful communication.