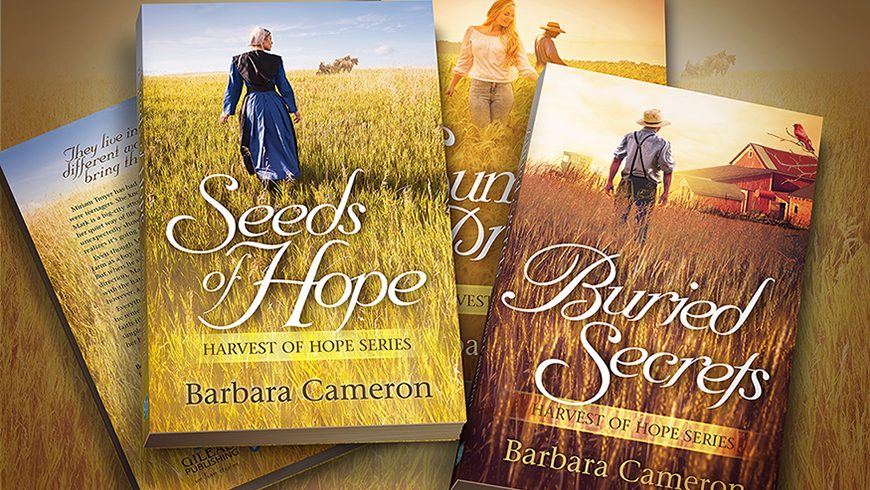 Miriam Troyer has had a secret crush on Mark Byler since she was a teenager, but she knows they can never have a relationship: Mark is a big-city attorney and an Englischer. Her Amish community is too far removed from all he knows–and she loves her quiet way of life.

Mark has always loved his visits to his grandfather’s farm, but he’s convinced the Amish life isn’t for him. There’s so much of the world to see and experience, and the excitement of his successful law practice can’t be matched by the slow pace of life found back home in the country.

But when things go wrong and his firm distances itself from him to try to save themselves, Mark finds himself back at his grandfather’s farm. Could life in this simple world be worth living after all? Especially when the teenager he remembers has grown into a woman that could be his future. Suddenly, these two people whose lives seem so far apart may get a chance to really see each other for the first time.

After her husband dies, Rose longs to be near her family— especially her twin sister, Lillian—so she packs up her young son and leaves their life in Ohio to move back to Paradise, Pennsylvania.

Luke Miller is ready to settle down in Paradise. He soon forms a partnership with Rose to help farm her land. He finds that he’s enjoying the company of the quiet, modest widow and she may be just the woman he’s been waiting for. But is Rose hiding a secret beneath her reserved exterior—one that could keep her from having a future with Luke?

And Rose isn’t the only one concealing something. Luke has a secret of his own, and it could threaten their partnership—and their chance at love.

Summer Carson has lived near the Amish community in Paradise, Pennsylvania, all her life. Now she’s following in her father’s footsteps and earning her degree in agricultural science so she can continue his work helping local farmers.

In her job at the county extension office, Summer moves between the Englisch and the Amish worlds. While she sometimes finds herself speaking–and even thinking–in Pennsylvania Deitsch, the transition isn’t always easy. But what has come naturally to Summer is her attraction to one of the farmers: Abram Yoder is handsome, steady, and hardworking. He’s everything so many of the Englisch men she knows are not. And Summer quickly realizes that she’s caught his eye as well.

Can Summer give up the comforts she’s always known for a life with this Amish man? And is Abram willing to let her try?

Barbara Cameron has a heart for writing about the spiritual values and simple joys of the Amish. She is the best-selling author of more than 40 fiction and nonfiction books and three nationally televised movies, and the winner of the first Romance Writers of America Golden Heart Award. Her books have been nominated for Carol Awards and the Inspirational Reader’s Choice Award from RWA’s Faith, Hope, and Love chapter.