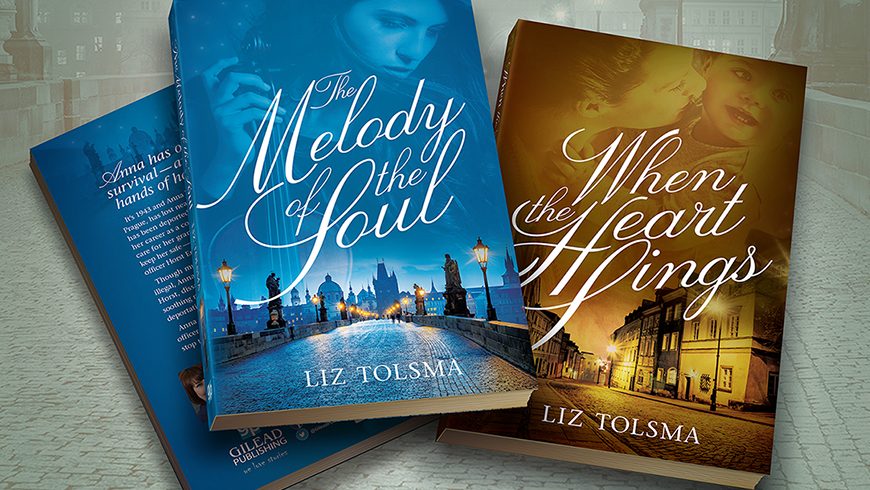 BOOK 1: The Melody of The Soul

By 1943, Anna Zadok, a Jewish Christian living in Prague, has lost everything, including her career as a concert violinist and almost her entire family. The only person she has left is her beloved grandmother, and she’s determined to keep her safe. But protecting Grandmother won’t be easy — not with a Nazi officer billeted below them.

Anna must keep a low profile. There’s one thing she refuses to give up, though. Despite instruments being declared illegal, Anna defiantly continues to practice her violin. She has to believe that the war will end someday and her career will be waiting. Fortunately for Anna, the officer, Horst Engel, enjoys her soothing music. It distracts him from his dissatisfaction with Nazi ideology and reminds him that beauty still exists in an increasingly ugly world.

When his neighbors face deportation, Horst is moved to risk everything to hide them. Anna finds herself falling in love with the handsome officer and his brave heart. But what he reveals to her might break her trust and stop the music forever….

BOOK 2: When the Heart Sings

The Nazis have forced Natia and Teodor from their Polish farm to a labor camp. Separated, Natia is chosen to be the housekeeper for the camp’s overseer, and her husband Teodor is sent to work in the factory. Despite the strict camp rules — and the consequences for disobeying them–Natia finds a way to communicate with Teodor by sending messages through song as she passes Teodor’s dormitory.

But then Natia finds a Jewish orphan on the overseer’s doorstep. She is determined to protect the boy and raise him as the child she and her husband were unable to bear–but if her German captors discover how much she’s hiding, both she and Teodor may pay the ultimate price.

Liz Tolsma’s specialty is historical fiction―from WWII to prairie romance. Her debut novel was a finalist for the 2014 Selah and Carol Award. She prides herself in excellent storytelling, presenting accurate historical details, and creating persevering characters.